Last Thursday was International Talk Like A Pirate Day, and to celebrate the WAMA crew ran a free public Pirate event on the Fremantle Esplanade on Sunday the 22nd. The weather was abysmal and turnout was fairly low as a result, but it looked like those who did brave the weather had a good time - we certainly did! 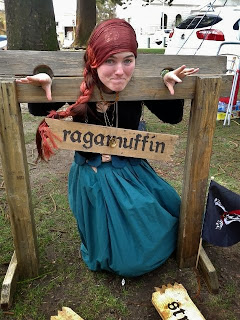 We were joined on stage by our good friends, accordionist Adamo and vocalist Hilary. Three part harmonies really add to sea shanties, and the extra personnel allow a lot more variety in arrangements. We enjoyed the collaboration so much you might be seeing them again at one of our future shows :)
Other performers included Stroh-violinist Owen Bell, Pirate rockers The Rumskulls, medieval jester turned Pirate Captain Jonathon de Hadleigh and medieval musicians Tout Droit (also known as The Last Five Coins). 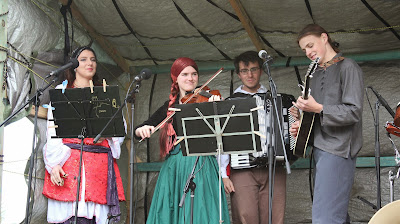